Hypnotherapy Practitioner Certification (inside the NLP training),
accredited by the Association for Integrative Psychology

Discover how hypnosis is all part of everyday life, for example how the moguls of advertising are using it all the time.
You have already seen names like Richard Bandler, Paul McKenna, Derren Brown, Anthony Robbins and John Grinder, so you know it works!

What do our students say about Hypnosis?

“I loved the hypnosis part of the course. For a start, I hadn’t expected to laugh quite so much or for so long, and had also not realized that hypnosis would go so far beyond my expectations. I found it to be an immensely powerful and very gentle treatment that makes profound change possible in a short time. And besides all of this, it also feels great to be hypnotized!”
Greg Southey, IT Business Consultant, Surrey.

Hypnosis could be considered a social interaction in which one person responds to suggestions given by another person (the hypnotist) for imaginative experiences involving changes in perception, memory, and the voluntary control of action.

What does the media have to say about hypnosis?

“Hypnotherapy is supported by more scientific research than any other complementary therapy.”
The Which? Guide to Complementary Therapies 2002

“Hypnosis has gained credibility in the past five years because of research using the latest brain-imaging technology…. Studies show hypnosis can help treat a multitude of disorders…”
Business Week

Can you be Hypnotised? 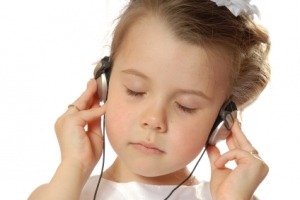 There are large individual differences in response to hypnosis. Hypnosis has little to do with the hypnotist’s technique, and very much to do with the individual’s capacity, or talent, for experiencing hypnosis. Most people are at least moderately hypnotisable. However, while relatively few people absolutely cannot be hypnotized  by the same token, relatively few people fall within the highest level of responsiveness (so-called hypnotic virtuosos). There is some controversy over whether hypnotisability can be modified. Some clinical practitioners believe that virtually everyone can be hypnotized  if only the hypnotist takes the right approach. However, there is little evidence favouring this point of view. Similarly, some researchers believe that developing positive attitudes, motivations, and expectancy concerning hypnosis can enhance hypnotisability. However, there is also evidence that such interventions may only affect behavioral compliance with suggestions, not the subjective experiences that lie at the core of hypnosis. As with any other skilled performance, hypnosis is probably a matter of both aptitude and attitude: negative attitudes, motivations, and expectancy can interfere with performance, but positive ones are not by themselves sufficient to create hypnotic virtuosity.

Where does hypnosis come from?

The origins of hypnosis extend back to the ancient temples of Aesculapius, the Greek god of medicine, where advice and reassurance uttered by priests to sleeping patients was interpreted by the patients as the gods speaking to them in their dreams. 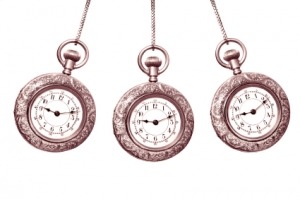 Mesmer
In more recent history of hypnosis begins with Franz Anton Mesmer, who theorized that disease was caused by imbalances of a physical force, called animal magnetism, which affects various parts of the body. Mesmer also believed that cures could be achieved by redistributing this magnetic fluid — a procedure that typically resulted in pseudo epileptic seizures known as “crises”. In 1784, a French royal commission chaired by Benjamin Franklin and including Lavoisier and Guillotin among its members concluded that the effects of mesmerism, while genuine in many cases, were achieved by means of imagination and not by any physical force. In the course of their proceedings, the commissioners conducted what may well be the first controlled psychological experiments.

Mesmer’s theory was discredited, but his practices lived on. A major transition occurred when one of Mesmer’s followers, the Marquis de Puysegur, magnetized Victor Race, a young shepherd on his estate. Instead of undergoing a magnetic crisis, Victor fell into a somnambulistic (sleep like) state in which he was responsive to instructions, and from which he awoke with an amnesia for what he had done. Later in the 19th century, John Elliotson and James Esdaile, among others, reported the successful use of mesmeric somnambulism as an anesthetic for surgery (although ether and chloroform soon proved to be more reliably effective). 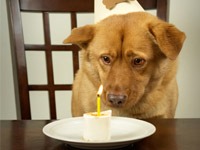 Anyone can learn hypnosis

James Braid, another British physician, speculated that somnambulism was caused by the paralysis of nerve centers induced by fixation of the eyes on an object. In order to eliminate the taint of mesmerism, Braid renamed the state “neurhypnotism” (nervous sleep); a term later shortened to hypnosis. Later, he concluded that hypnosis was due to the subject’s concentration on a single thought (monoideism) rather than physiological fatigue.

Interest in hypnosis was revived in France in the late 1880s by Jean Martin Charcot, a neurologist, who thought that hypnosis and hysteria both reflected a disorder of the central nervous system. In opposition to Charcot’s neurological theories, A.A. Liebeault and Hippolyte Bernheim, two other French physicians, emphasized the role of suggestibility in producing hypnotic effects. Pierre Janet and Sigmund Freud also studied with Charcot, and Freud began to develop his psycho-social theories of mental illness after observing the suggestibility of hysterical patients when they were hypnotized. 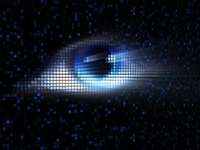 William James and other early psychologists became interested in hypnosis because it seemed to involve changes in conscious awareness. The first systematic experimental work on hypnosis was reported by P.C. Young, in a doctoral dissertation completed at Harvard in 1923, and by Clark Hull in an extensive series of experiments initiated at the University of Wisconsin in the 1920s and continued at Yale into the 1930s. Also at Wisconsin during Hull’s time was Milton Erickson, a physician whose provocative clinical and experimental studies stimulated interest in hypnosis among psychotherapists (Hull knew Erickson at Wisconsin, but the immediate source of Hull’s interest in hypnosis was Joseph Jastrow, a prominent psychologist, who was Hull’s mentor). After World War II, interest in hypnosis rose rapidly. Ernest Hilgard, together with Josephine Hilgard and Andre Weitzenhoffer, founded a laboratory for hypnosis research at Stanford University. Hilgard’s status as one of the world’s most distinguished psychologists helped establish hypnosis as a legitimate subject of scientific inquiry. Also important in this revival were Martin Orne, Theodore X. Barber, Theodore Sarbin, and Erika Fromm.
Hypnosis has been used as a psychological treatment for a variety of illnesses with apparent success.

While we are not allowed to say that hypnosis cures physical disease, it can be said to be used to enhance relaxation and alleviate pain and other physical discomforts, and therefore they may make a positive contribution to the overall quality of care and of life. For example, I have worked with personal clients and helped them to release asthma, chronic fatigue syndrome, hay fever, cancer and many other ailments, yet we agree that our services are to assist the client to do it for themselves!