Many years ago, I used to employ a certain structure to goal setting that I learned from various self-development organisations, plus my NLP training. Those consisted of making pictures, with sounds and feelings involved and planting those visions into the future on a timeline or simply seeing it happen into the future.

The book and film The Secret, made goal setting more popular with the same (or similar) idea of projecting decent thoughts forwards, including the feelings and sounds if possible.

Yet, when I’m working with clients, the notion of a bright future can only resonate inside somebody if the past also concurs with the future.

If you can image an wave form which represents the past and a wave form that represents the future; these two merge at the point of The Present Tense and create the reality of now. Of course, just the same as if they were waves of the sea, two colliding wave forms have to be in harmony to create a strong flowing directional force.

Therefore there is no point trying to create a future if the past is not consistent with your created vision.

How do I clear out my past?

In the west, now is the time that nature is returning to nothing (or as close to nothing as it can get). It thinks nothing of discarding old leaves, letting go of roots that don’t work anymore. Nature will even risk cutting itself back to it’s bare stem if that’s what is going to make it grow into the future. 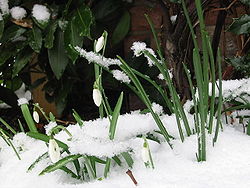 The whole notion of winter is to challenge the old and strip away all ‘surplus to growth’ elements. Therefore as a human being, whatever you can do to clear yourself of the past will be beneficial. And there is no one way. Whatever works for you. For some it could be a series of meditations. Others some time-line work to clear up and complete old memories.

If you think of the analogy scenario inside a kitchen kitchen. Spring, summer and autumn are when we love to think of meals or recipes – then cook or bake them. Then the harvest (autumn) is reaping those rewards from working in that environment. It’s just that nobody much likes the cleaning process afterwards, AKA the washing up.

If we left the washing up over a period of days, weeks, months and even years – the residue gets harder and harder to clean up. Eventually we start avoiding the kitchen even. But your deeper mind knows there is washing up to be done and that clutters the present moment up as you know there’s work to be done.

So the precursor to any goal setting is to get into the kitchen and clean up firstly. Then The Secret, The Laws of Attraction and all your future visions can be found and empowered again.

I’ll be running some workshops this year that will access the garden (or kitchen) and allow the space to be cleaned and new eras to emerge. It may be invitation only, yet contact me on if you want to be considered. It won’t be an easy ride as transformation requires complete commitment, so heed this warning beforehand!

The Online NLP experience with NLP World is a world of difference. Some organisations like to trick you into thinking NLP is a skill set